Inertia Is Your Worst Enemy 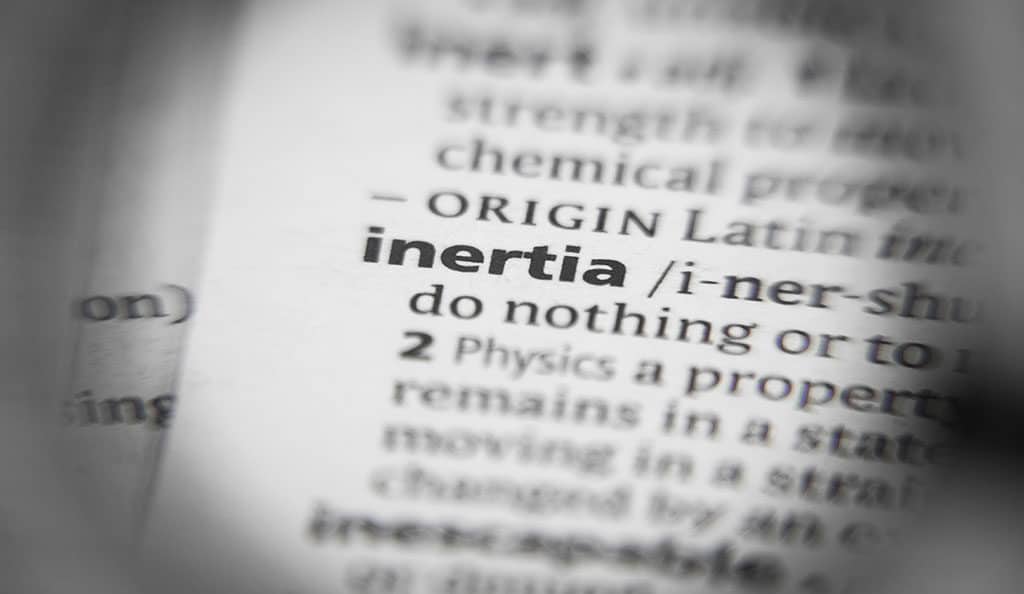 It’s completely possible that your Website as a Service (WaaS) idea is the same as someone else’s WaaS idea.

There are some niches that have more WaaS competition than others, all fighting to win the same customer.

But while you’ve got your eye on your competition, let’s not forget about your real enemy you should be most concerned about: inertia.

In a lot of cases, your toughest competitor is probably inertia.

Your ideal customer has probably had a mediocre website for awhile. They’ve probably managed to stumble along with what they have. Chances are they probably have basic functions but are missing out on what they really need for their niche. They probably even have a less than impressive design and layout because they built it themselves and didn’t know what they were doing.

I don’t need to tell you that self-made websites is almost always less than optimal. They’re hard to look at, not easy to understand what the customer is really selling, and just outright inefficient.

And don’t be surprised if your prospect already knows that too. Usually they’re aware that the site they have is just barely good enough (even if they pretend not to be.)

Unfortunately, a lot of companies have a high tolerance for “good enough”.

The only issues that get attention are urgent ones

Your prospective customers are busy working on their other priorities. They are likely to focus on the things that require their urgent attention. Even though we find it hard to believe, it’s not uncommon for company websites to be near the bottom of their list. It’s unlikely they plan to do anything about anytime soon. So what ends up happening is they put off their decisions, waste  more time evaluating other options before they pull the trigger on something new.

The thing is, they’re probably not even buying your competitor’s solution either. They’re most likely not buying anything at all.

Time is also your enemy

These kinds of indecisions and delays are a real problem for WaaS businesses (and website developers in general.)

Often times WaaS companies have incurred a lot of up-front marketing costs just to get in front of their prospective customers. Between Facebook ads, events, Google Adwords, SEO, and other marketing tactics used to attract customers, they usually cost money. In order to recoup our marketing investment, we need to convert our prospects into paying subscribers. This is the  way to make the WaaS model work.

If our prospective customers don’t feel a sense of urgency and don’t have an immediate need to buy, it pushes out our sales cycle that much longer. Not generating revenue is a problem.

The issue increases, the longer the sales cycle runs.

It gets even worse actually. With subscription models, any deferred revenue is actually lost revenue.

In your standard business model, if you sell a site but the deal gets postponed for 3 months, you’ll still make the full amount, it’ll just get pushed out a quarter later.

With a WaaS subscription model, if your sales gets pushed out for 3 months, that’s 3 full months of lost revenue. Once those 3 months have passed, they’ve passed. You can’t make up for that lost time.

What are you supposed to do then?

The first thing you need to do is convince your prospect that they do in fact have an issue, and an urgent one.

You need to do more than just focus on your features and benefits. You need to demonstrate that they’re hurting their business badly every month, week, and day that they ignore it.

Until you can get your prospects to see that they have a problem, an urgent one, they really won’t care about your solution. 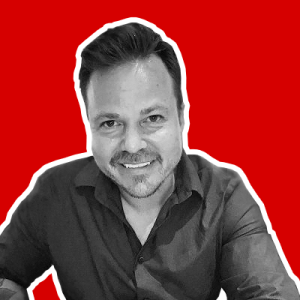 Hi, I’m Michael Short, creator of WaaS.PRO, and the founder/CEO of Blitz Industries, Inc.  Before we started WaaS.PRO, my team and I spent many years in the agency business and what seems like THOUSANDS of hours on our own WaaS network. We’ve learned a lot about what works and what doesn’t when it comes to marketing and we’ve carried this experience over to marketing websites-as-a-service (WaaS) solutions.  Whatever issue you’re facing, there’s a good chance that we’ve seen it before. We started WaaS.PRO to share our experiences with you (the good, the bad and the ugly.) Our focus with these articles is to provide practical, actionable advice that will hopefully have a measurable impact on you and your WaaS business. 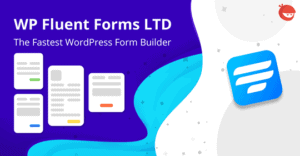 WP Fluent Form LTD – YOU NEED TO GET IT! 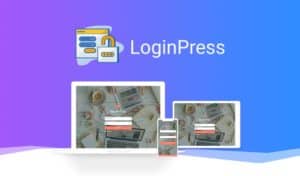 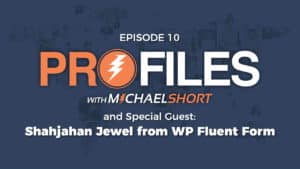 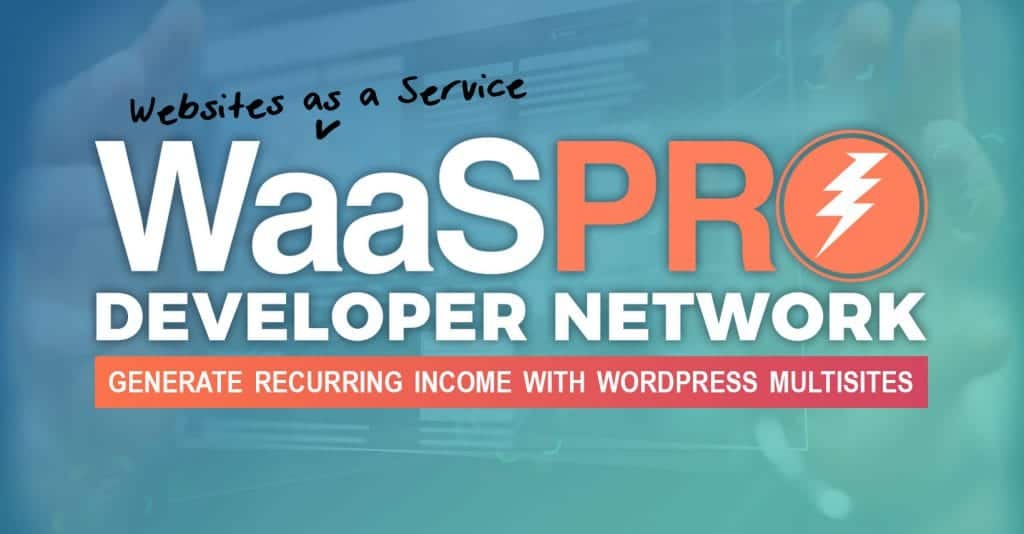 Sign up to Receive Updates on our WaaS Articles

We promise your email is safe with us.

Get even more from your WordPress Admin.

Have questions? Get answers.

In lieu of a refund, we have a 14 day free trial. We recommend you use that time to review the plugins before your credit card is charged. If you cancel your account before the end of the 14 day trial your card won’t be charged. Does not apply to renewals.

Why does my account only show 100 sites when on your site it says unlimited?

Your license is unlimited, however we issue them in increments of 100 so we can monitor our licenses from being abused. Once you get close to 100, just send us a message and we’ll gladly open up another 100 for you.

Do the plugins work without an active license?

You will need an active license in order for the plugins to continue working. This goes for our PRO Membership and annual licensed plugins.

Do you provide support?

Yes we do! You can email us any time at support@waas-pro.com.

Do you have any demo videos?

Yes, we have walkthroughs and demos for most of our plugins on our YouTube channel. More videos will be added soon for the plugins that don’t have one yet.

Do we get all future features for free?

When you become a member, you’re getting all new features that are added to each plugin, at no additional charge.

Do we get all future plugins for free?

Yes, when you’re a member you’ll have complete access to all our plugins, future included once they are released (and even some that we don’t sell individually.)

Do the plugins integrate with WP Ultimo?

Yes, the majority of our plugins have specific features that integrate with WP Ultimo. For example you can enable/disable certain features based on WP Ultimo plan levels.

Can I request specific features?

Absolutely! That’s our favorite way to improve our plugins.

If you have any questions about this deal, please don’t hesitate to shoot us an email at help@waas-pro.com or shoot us a message at Facebook.
Click Here if You Need Support. We're Here to Help!

Get notified about the latest features and updates.

Get notified about the latest features and updates. 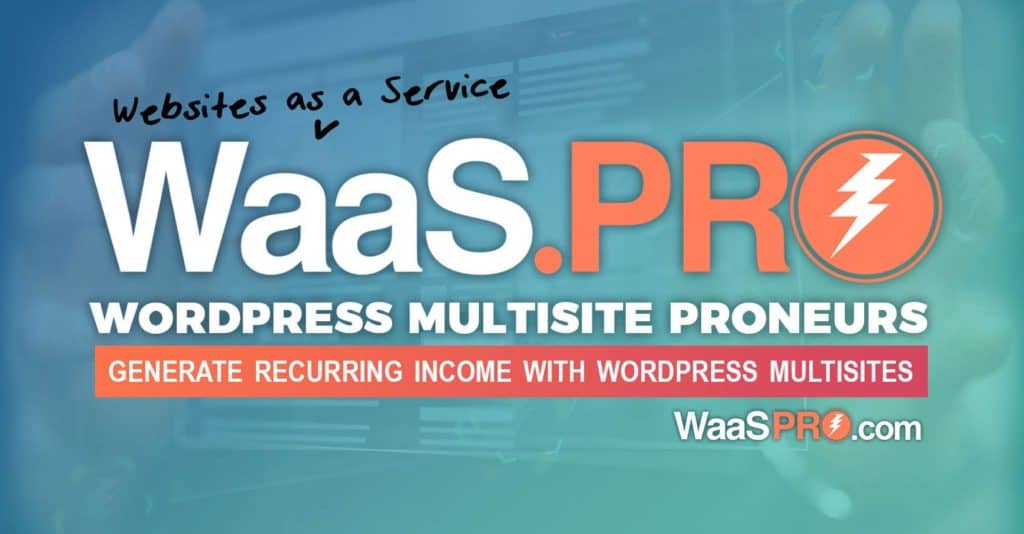